The Sugary Drinks Tax is Working in the UK 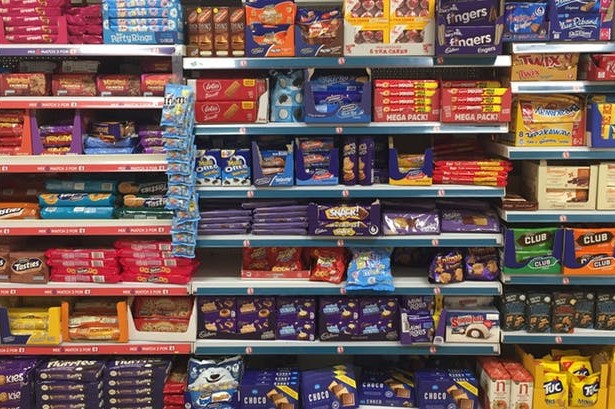 The UK’s sugary drinks tax – a tax on the sugar content of soft drinks – has now been in operation in the UK for more than a year and results so far seem to indicate it’s working. But campaigners say more still needs to be done and that the next target should be biscuits, cakes and snacks – many of which contain high amounts of sugar.

Such taxes have been implemented in 28 countries and 12 cities as of 2019. Initial results suggest they have the potential to reduce consumption of sugar and so may help to reduce obesity, diabetes and dental decay in the future.

The number of people living with obesity has almost tripled over the past 40 years – and continues to rise. Obesity is increasing most rapidly in low and middle income communities. And this is leading to a dual burden of malnutrition and obesity, when a population has both too much food and not enough of the right foods.

Excess sugar consumption has been linked with increases in obesity and, as a result, the World Health Organisation recommends that people should consume less sugar. Sugary drinks, such as carbonated soft drinks, sports drinks and energy drinks, are one of the major sources of dietary sugar, especially for children and adolescents.

In 2018, the UK became one of the latest countries to implement a tax on sugary drinks. But unlike most other taxes that simply increase the price of products, the UK Soft Drink Industry Levy works by encouraging soft drink manufacturers to reformulate and reduce the sugar content of their products.

This means that consumers do not have to change their purchase habits to benefit from reduced sugar consumption.  These taxes can also make revenue that can be used to fund public health programmes such as physical activity in schools or tooth brushing interventions.

A recently published Public Health England report highlighted how the UK levy has indeed resulted in reductions in the sugar content of sugary drinks – a 29% reduction per 100ml in retailer own-brand and manufacturer-branded products. And it has also pushed consumers towards low or zero sugar products.

But, that said, the sugar content of non-taxed drinks such as milkshakes and non-taxed sweet snacks such as biscuits and cakes remains high. Indeed, a team of researchers at Queen Mary University of London found that 97% of cakes and 74% of biscuits contain unnecessary amounts of sugar. This means that the consumption of sugar (at least in England) is still a major problem.

This is despite voluntary sugar reduction initiatives that were implemented to encourage manufacturers of sweet drinks and snack products to reduce sugar content by 20% by 2020.

That these initiatives have resulted in a reduction of sugar in some products (showing that it is possible), with almost no change in others, highlights the limitations of voluntary industry self regulation.

The sugary drinks tax has the potential to reduce sugar consumption. And in the longer term, especially if combined with “snack taxes”, may also help to reduce obesity and diabetes – as supported by a recent study published in the British Medical Journal.

But there are a number of barriers to the implementation of more sugary drink and snack taxes globally.  Opposition from the well resourced and powerful food and drink sector, and associated lobbyists, is a critical barrier. Their arguments against taxation include:

These arguments, which are targeted both at the government and the public, are similar to those used by the tobacco industry against tobacco taxation. And they are pushed directly at meetings with policy makers and indirectly via the media.

Industry groups also argue against taxation and have influenced food policy globally, for example by funding and conducting research used to support or oppose health policies, or by becoming members of nutrition research panels that advice policy makers.

But on top of taxes, governments do have other options. Actions such as better labelling and the restriction of junk food advertising can make a difference. But it is not just governments who should be responsible for reducing sugar consumption.
Everyone has a role to play.

Retailers, for example, could reduce the promotion of high sugar products in favour of healthier alternatives. And schools or community centres could increase the provision of quality nutrition education. Ultimately, this is a societal problem and so it needs a societal solution.

Taxing sugar and sugary drinks is not going to prevent obesity, diabetes and dental decay overnight. But, these taxes do have the potential to reduce the sugar content of products on the shelves.

They can also help to generate revenue and spark conversations that may lead to changes in social norms around sugar, changes that can make a big difference to the health and wellbeing of millions of people.

The evidence shows that the sugary drinks tax is working in countries where it has been implemented. Now it’s time to target cakes, biscuits and snacks.