Why losing weight is hard – but not impossible 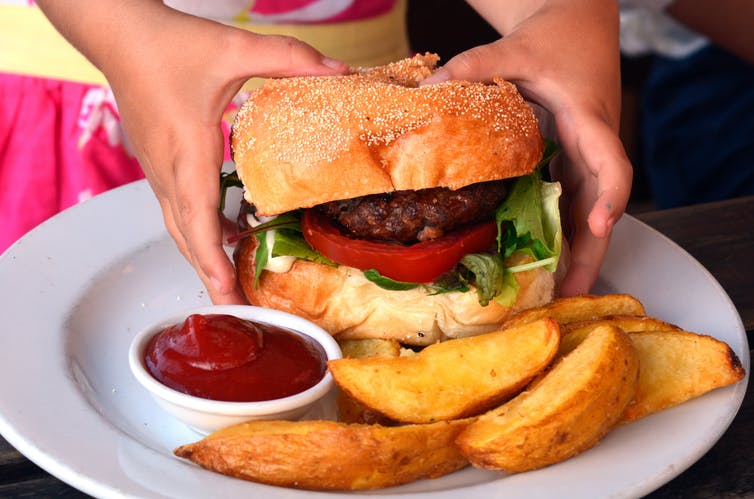 Most of us have an existing desire to be a normal healthy weight, but not everyone seems able to achieve this goal. Losing weight is hard.

A government report on obesity, recently published by the Department of Health, states that in England most people can be classified as being overweight or obese.  The report showed that 61.9% of adults and 28% of children currently have an unhealthy body mass index (BMI).

The government is calling these increasing national obesity levels an “epidemic”, issuing policy changes at an individual, group and societal level. But why are we getting so much rounder?

Take a trip to your local supermarket and you will instantly be overwhelmed with the abundance of highly-processed junk food which lines the shelves. This widespread availability of unhealthy treats means there is a constant temptation to overindulge.

This contemporary taste for junk food is not exactly a modern phenomenon, and can be traced back two million years. Our ancestors, the first in the Homo genus, developed a taste for high-calorie foods in order to satisfy the energy demands of their burgeoning brains.

The 21st-century person has retained these fatty-food cravings, as well as the highly developed large brain. While resisting these high-calorie temptations may fall to the individual, some people may show more addictive behaviours than others.

The brain’s limbic system is responsible for falling to these temptations. The limbic system is made up of a collection of brain structures, including the amygdala, hippocampus and nucleus accumbens. It rewards us for performing behaviours which aid our survival, like eating or exercising, through the release of the chemical dopamine. 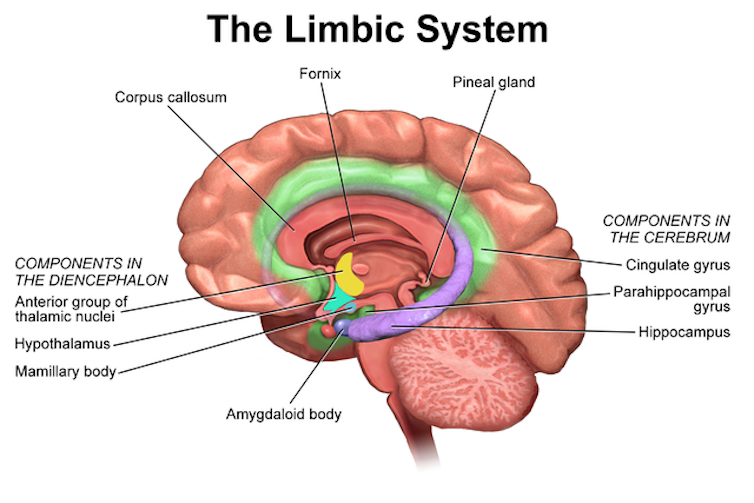 Dopamine makes you feel happy and positive, meaning we are much more likely to repeat the behaviour which led to its release. Engaging with recreational drugs can initially cause the brain to release much higher levels of dopamine than normal.

In those with a well-developed substance-dependency, the brain lowers the levels of naturally produced dopamine in an attempt to regain some chemical balance. This leads to a vicious cycle of addiction in which the addict needs more of the substance just to achieve normal levels of dopamine.

Scientists have begun to apply what they know about the brain and addiction to study the relationship between overweight individuals and overeating. Research done by the Harvard Medical School found that processed food with a high glycemic index led to increased activations in the nucleus accumbens of overweight participants.

As part of the limbic reward system, the nucleus accumbens has been linked with chronic drug use and addiction. These findings provide some support for the possibility of real physical addiction to food and overeating. Eating sugary, fatty foods which you enjoy may lead to the release of dopamine in the nucleus accumbens, motivating you to repeat these particular eating patterns.

It is the hope that such research may aid the government and the individual in their mission to tackle that pesky inflated BMI. Perhaps if we understand more about influencing factors on chronic overeating, we can better target effective treatment avenues.

Certainly, shaming people is never a useful way to bring about change. In fact, these sorts of attitudes can prove more detrimental in the quest for weight loss.

It’s Not Just about Fat

Negative beliefs about oneself can lead to a lowered self-esteem, a lack of confidence and even depressive episodes. As with most addictions, depression and depressive thoughts are much more common among the overweight population.

The label of “depression” however can attract more unwanted stigma and criticism, despite the fact that one in four people a year will experience some kind of mental health problem.

Mental health issues are physical problems which a person cannot just ignore or snap out of. Mental illness cause physiological changes to the brain. The “feel-good” chemical serotonin is diminished in the depressed brain, leading to intense sadness and a low mood.

Drug treatments for depression aim to increase the levels of serotonin in the brain. However, it is a more complex picture than a simple chemical imbalance.

If we look at the brain of a depressed person, there are certain structures which are smaller than average and have fewer neural connections. The hippocampus in particular is affected, the area associated with controlling memory. There is also increased activity in certain regions of the brain, for instance the amygdala, which has been linked with the experience of emotions.

The amygdala is another part of the limbic system, and is comprised of a group of structures in the brain which are associated with emotions such as anger, pleasure and fear. Activity in the amygdala is higher when a person is sad or clinically depressed. This increased activity means that a depressed person may feel the emotion of sadness more strongly and consistently.

In light of the physiological changes which can occur in the brain of the overweight individual, it seems some acknowledgement is in order. Losing weight is hard. It isn’t as simple as “eat less” or “stop being lazy”. What is required is some sensitivity, some patience and better treatment options.

Most people know from experience that eating less, or eating more healthily, is hard. If you decided to lose weight, you must first motivate yourself to overcome negative mood or lowered self-esteem, and then overcome the addiction to the food.

It is not all doom and gloom. While losing weight is hard, it isn’t impossible. It may be possible to train your brain to prefer healthier food.

When presented with images of low-calorie food, those in the weight-loss condition showed significantly more activity in the reward centres of the brain. The programme was successfully able to reverse the addictive power of unhealthy foods.

Addiction can also be targeted through behavioural treatments. In more difficult cases cognitive-behavioural therapy (CBT) may be useful to help patients recognise, avoid and cope with situations in which they are most likely to over-indulge.

However, an excellent, fun and successful alternative to CBT could be to join a local weight loss group. Weight loss groups provide social support, proven to be an effective and economical tool in tackling obesity. Group support and discussion provides the opportunity to share diet and exercise tips, receive encouragement and set realistic weight-loss goals.

Education about the plight of weight loss is essential. Words of judgement may be better replaced with words of encouragement.

There are obstacles which stand in the way of weight loss, but by learning about these obstacles we are better equipped to tackle them.