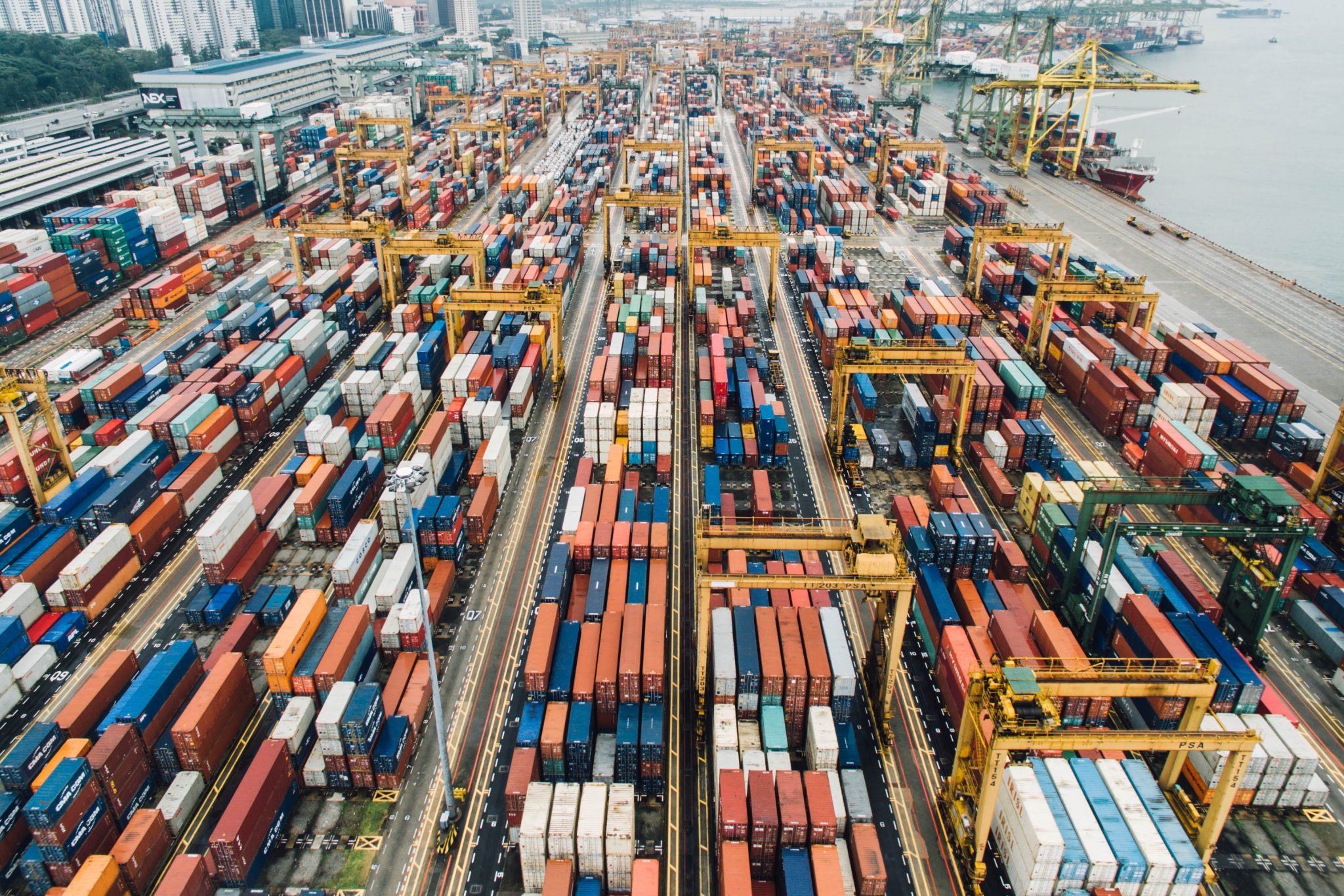 Look around you at the things you own. See how many of them have come from Asia. With the exception of a small number of items, such as your house itself, it’s likely that a high number have moved through Chinese ports.

They items you see may have familiar names. These names might belong to Western companies.

Sure, the items are genuine branded goods. But there is a good likelihood they passed through Chinese ports during their brief lives since manufacture.

This is new. Just a few decades ago the picture was very different. Before 1990, if you did the same exercise you would have seen that some of your belongings had been made in Japan. A few, mostly low value items, would have come from Hong Kong. But it is unlikely you would have owned much that was manufactured in China or elsewhere in Asia.

The growth in the volumes of manufactured goods moving West, while money to pay for those goods and, often, the knowledge to allow them to be created flows East, has been phenomenal and relentless.

This has been driven by the confluence of a number of trends all of which point to one over-riding outcome: it’s cheaper to manufacture consumer goods in Asia, or most of the key parts that go into them, and then transport the finished, or near finished, products to Western  locations for final assembly, or directly to consumers.

Central to this is the ability to move these goods, usually in containers, out of their countries of origin and the development of logistics systems and supply chains to get them to customers.

We don’t really see the supply chains until some event disrupts the system to cause a difficulty. Think of recent events such as the Suez Canal blockage or price rises following COVID-19.

This is understandable as these systems mostly work in the background with the majority of transport, estimated at about 80% by volume, taking place by sea.

But neither do we seem to be aware of the scale of port development in Asia, and in Chinese ports in particular, that has accompanied this change in global trade flows.

The Importance of Chinese Ports

A look at data on the largest and busiest global ports, as measured by the number of containers handled each year, shows the extent of this development.

The data are published each year by Lloyd’s List. Most are based on the standard measure of a TEU (which stands for twenty foot equivalent unit). This is the smaller container you may see being transported by road, often with two placed on a flatbed truck.

The data published in 2020, which refer to 2019 before the COVID-19 disruption, show that containerised trade moving through Chinese ports accounted for almost 40% of the total.

Nine of the largest 10 ports are located in Asia, with 7 in China. The exception was Rotterdam, which acts as a gateway to Europe.

But even these data do not fully indicate the sheer scale and importance of these Asian ports.

Some indication is given by this graphic which is coloured in proportion with the number of TEUs handled by ports in each country.

Chinese ports dominate. But, apart from the United States, the UAE and The Netherlands, all the other countries of note are in Asia.

Shanghai, with over 43 million TEUs handled, and Singapore with 37 million TEUs are by far the largest ports globally.

In comparison, Rotterdam, the 10th largest overall and largest non-Asian port, handled just under 15 million TEUs.  These are the 15 largest ports. 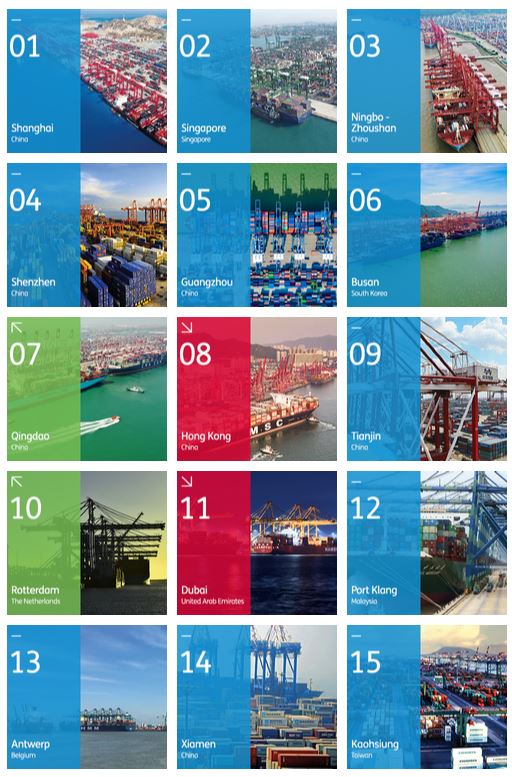 Los Angeles is the largest US port, at 16th overall having handled 9.3 million TEUs, with Long Beach placed 21st and New York/New Jersey 23rd at just under 7.5 million.

The difference with just a few decades ago is dramatic. And there is no sign that this is changing greatly.

Growth will inevitably slow in many of these ports, but the large Asian and Chinese ports continue to grow much faster than the main ports in Europe and the US.

Perhaps more than anything else, this brings home just how important to the global economy has been the growth of the manufacturing sector in China.

And for the goods we want to buy, it shows the importance of China’s integration into the global economy, and the smooth working of the systems that get the items we want to buy from where they are manufactured to us consumers.